I really loved this blog. It took me back to when I was first diagnosed as Bipolar I when I was 19. I’m turning 30 and feel like I have reached dry land too and I want to help others find it too. Go Linea! Bring Change to everyone’s Mind!

There was a moment in my life when I almost drowned. Living in the largest dorm in the country with three best friends, experiencing my first serious college boyfriend, living what I thought to be the perfect life of a college kid, I couldn’t have dreamt of anything better. That is, until I turned my back to the ocean and was swiftly and dramatically pulled in by the undertow. One moment I was there and one moment I wasn’t. It was as if I had sud … Read More

This is an update from a previous blog written October 12, 2009 “Have You Found Your Soul Mate?” https://mydualities.wordpress.com/2009/10/12/have-you-found-your-soul-mate/

June 2nd marked our three year anniversary. It is hard to believe it has been three years already since the wedding. However, we are so close that I feel like I’ve known my husband for a lifetime. Our love has stood firm as we have gone through some hard times.

Well, last year when work stress was at its peak, we both decided to try to have a baby. With me turning thirty very soon, my psychiatrist thought that time would be perfect since I appeared stable. Since I am bipolar, we had to plan together on when I would stop taking my lithium and Abilify and switch to Lamictol. We all worried about the possible birth defects linked to these medications. However, I never went through any medication changes before. I had been on lithium for ten years with only one major mood shift of a mixed episode in between that time, which just meant a high dosage of lithium and the addition of Abilify.

After five months on only Lamictol, I started noticing that my emotions were heightened. I was ultra-sensitive. I was realizing the Lamictol wasn’t working anymore. I didn’t recognize that I was quickly spiraling into a manic episode. At work, I was a holy terror with little patience for people. I was working on four projects at one time and getting a lot done. At home, I was talkative and writing a lot about my past and researching about bipolar disorder. I wanted to write a book about the facts about being bipolar from the perspective of an average person with the disorder.

While writing, I paid close attention to the check lists. I knew I was either having a mixed episode or hypomanic as the sixth month of the different medication passed. I never thought I was already manic because I was sleeping. I could sleep seven hours and take naps during that time, but the night I no longer could sleep anymore was the night I panicked. I called my psychiatrist who told me to start taking my Abilify right away, which I did but night two went by with my mind racing to a startling level of psychosis. I believed I had to relive my traumatic past experience no matter the cost.

When my husband woke up that morning of the second night of no sleep, I told him to take me to the hospital. I needed to go through hospitalization again. Those two weeks during my hospitalization was the hardest time for our marriage. I wasn’t able to conceive in those six months and we were forced to stop trying as I was put back on my old regiment of lithium and Abilify. My husband also felt helpless, confused, and lonely during that time. He had never seen me psychotic before, but he stood by my side and helped me get through my hospitalization. It was very hard for him to see me like that.

Now, three years of marriage has gone by and we still want to somehow try again to have a baby. A part of me wants that more than anything. The other part is afraid of at what cost I am willing to endure.

Okay, well my last post was a little over the top. I tend to be that way sometimes. I think I was trying to pump myself up more than anything. Today, I’d say I’m feeling the exact opposite. I feel worthless, and I would rather hide in my bed than to let anyone know I’m bipolar. That’s why this blog is so perfect. I’m letting you know about me without really letting you know about me. Weird.

I feel detached. I think that is why I don’t write much anymore. I’ve created a wall between you and me because I don’t want people to know my true identity for fear of some repercussion later in life. Don’t ask me what they might be. I think hiding is b.s., but my family and therapist think people should only know me as My Dualities so that is what you get. I think that is another reason I can’t write the book I want to write. My life story will have to sit on the shelf of my mind for a while.

A part of me will always wish I could shout to the world about bipolar disorder and metal illness, and my experience with it. However, I start tearing up when I tell people face to face about being bipolar. I’m a bigot, a hypocrite. I can write about it until my hand gets numb, but put me in front of others, I start feeling judged, ashamed, embarrassed even. I’ve never been a great public speaker, but I need to get around this fear somehow.

I have an opportunity to speak out and make the population more aware of mental disorders and the need for better support systems around where I live, but I don’t think I have the strength to be the public speaker I will need to be…not yet anyway. 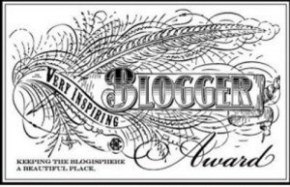